Let me preface this by saying, I have never had good teeth. As a child I sucked my thumb and REALLY made my teeth crooked in front. I was put into braces once my adult teeth started coming in, this was at the time, covered by my moms insurance. They had to widen my jaw, do surgical extractions and also put me into braces. It was a lot to handle, but I was a trooper through it all. They were starting to look great and I was a few months from getting my braces off after my 16th birthday.

Once I turned 16, like most teens, I started driving. I was leaving the house one day after school and was going too fast on a turn and ended up losing control of my car on a paved road with lots of loose gravel dirt on it (I still have a led foot btw lol). My car did a few 360’s while Brittany Spears “Hit Me Baby One More Time” was blasting. My rear trunk hit a commercial/construction dumpster next to a new house being built on my street.  I didn’t have my seatbelt on, my used car didn’t have an airbag deploy (turns out there never was an airbag in it thanks to the previous owners… COOL) and I hit my face on the steering wheel – knocked out my front teeth, breaking one in half the other completely out and I shattered my nose.

2 nose reconstructive surgeries and LOTS of dentist and ortho appointments later, I spent my late teens, early 20’s with a Chiclet looking tooth that was on a retainer (I could pop it in and out whenever I wanted) and it was shorter than all my other teeth. Eventually they replaced that with a bone implant, dental implant and a veneer, I had to wait until I was 21 and stopped officially growing as a human to avoid my new teeth shifting more. Fast-forward 10 years later, my teeth began to shift over time and they started looking wonky and discolored over the years because I was never put into a retainer. I had a HUGE complex and several insecurities in and around my front teeth after being made fun of countless times other girls/women, “you have fucked up teeth” “ You are a butter face” “your smile is so jacked up” “you would be cute but your teeth are a wreck” … I have heard it all so when I started seeing the shift, I started researching options right away… no one likes being told everything is pretty on them but their face (a butter face) lol.

I went with Invisalign after carefully weighing all my options.  I saw a highly recommend Orthodontist and started the process after a lot of thought. They took a x-rays and molds of my teeth. I patiently waited for my “trays” to come in and once they did, the process began.  They glued “buttons” on certain teeth that needed to shift the most, in my case it was almost all of my teeth that had the buttons. They weren’t totally obvious unless you looked closely (see the photo of my and matt) and they can stain easy so I had to start watching the liquids I was consuming to avoid staining them. I had 46 trays to change out once a week and I was to wear them for 22 hours a day (2 hours total throughout the day I could take them out for meals, snack, brushing).  I will warn you, no matter what anyone says, I highly suggest you avoid turmeric and curry seasonings all around. Despite brushing/rinsing after eating those spices I always managed to still stain my trays very yellow. It’s only for a few months – a year max you can skip it for a little while unless you want to stain the trays beyond recovery!

What they don’t tell you about Invisalign is that they hurt EVERY time you change your trays and a lot of people have speech problems with them. I always sounded drunk or like I was slurring my words just a little bit with them in which was hilarious but super embarrassing. I learned to slip them out when I was speaking to someone important and slip them back in as soon as I was off the phone or done with a meeting. A lot of people fuss about the 2 hours not being enough time to snack and eat, but I assure you it was plenty of time. No, I didn’t loose weight. A lot of people claim to loose weight because their teeth hurt and because of the limited time they can be out, but this wasn’t the case for me … I always found a way! You will be surprised at how fast you actually eat!  Lastly, if you drink red wine you might want to consider switching to white, or something else clear because wine and beer will also stain your trays – another thing they don’t always mention when you get a consult on!

Fast-forward again to 8 months and 46 trays later  – my teeth started looking 80% better. Now I just needed to get my 2 front (fake) teeth replaced.  That was the longest process for me thanks to finding the right dentist. Once I did it was more x-rays and mouth molds, followed by lots of bleaching and getting to go to a color specialist ( a professional who colors your teeth on a giant paper with colored pencils and takes lots of photos!)

Now, finally my teeth are what I have always wanted and I fee so confident smiling with them. I also have a retainer to sleep with every night for the rest of my life, and tbh I love it and I sleep better with it in (no more grinding at night!)

So incase you have a short attention span and just want the pros and cons here they are:

·     Much less obvious than braces

·     You can take them out of your mouth at anytime (like for photos!)

·     A few less visits to the orthodontist vs braces

·     Not as much staining around the buttons

·     Trays are easily stained (really avoid turmeric and curry! Just trust me on this one)

·     Responsibility to wear them at all times and not forget

·     The price (although they are similar in price to braces, it’s still a lot of cash to fork over!) 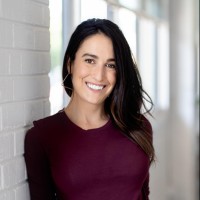 View on Instagram
Don't miss a new recipe! Subscribe and get notified when I am making something new in the kitchen!
Holler Box